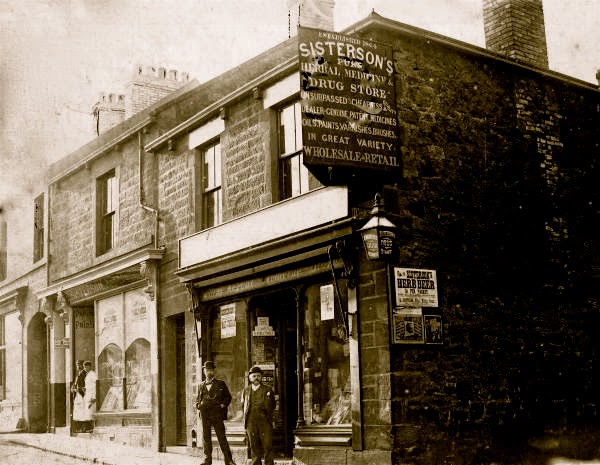 Many folk, like me, would no doubt think it odd that there would be two shops next to each but poles apart in terms of the products they sold, and had a sign promoting both kinds of merchandise. The sign reads

I used to think that there must be two brothers, one a herbalist and one a painter and decorator. Not so, not then, at any rate. There were three generations and the above pic shows the bowler hatted gents Robert (second generation), on our right and one of his sons, probably Thomas (third generation), on the left.

Below,on the bottom left, is Robert and on bottom right one of his sons. On the top is Thomas, the father/grandfather who started the retail shop further down the street 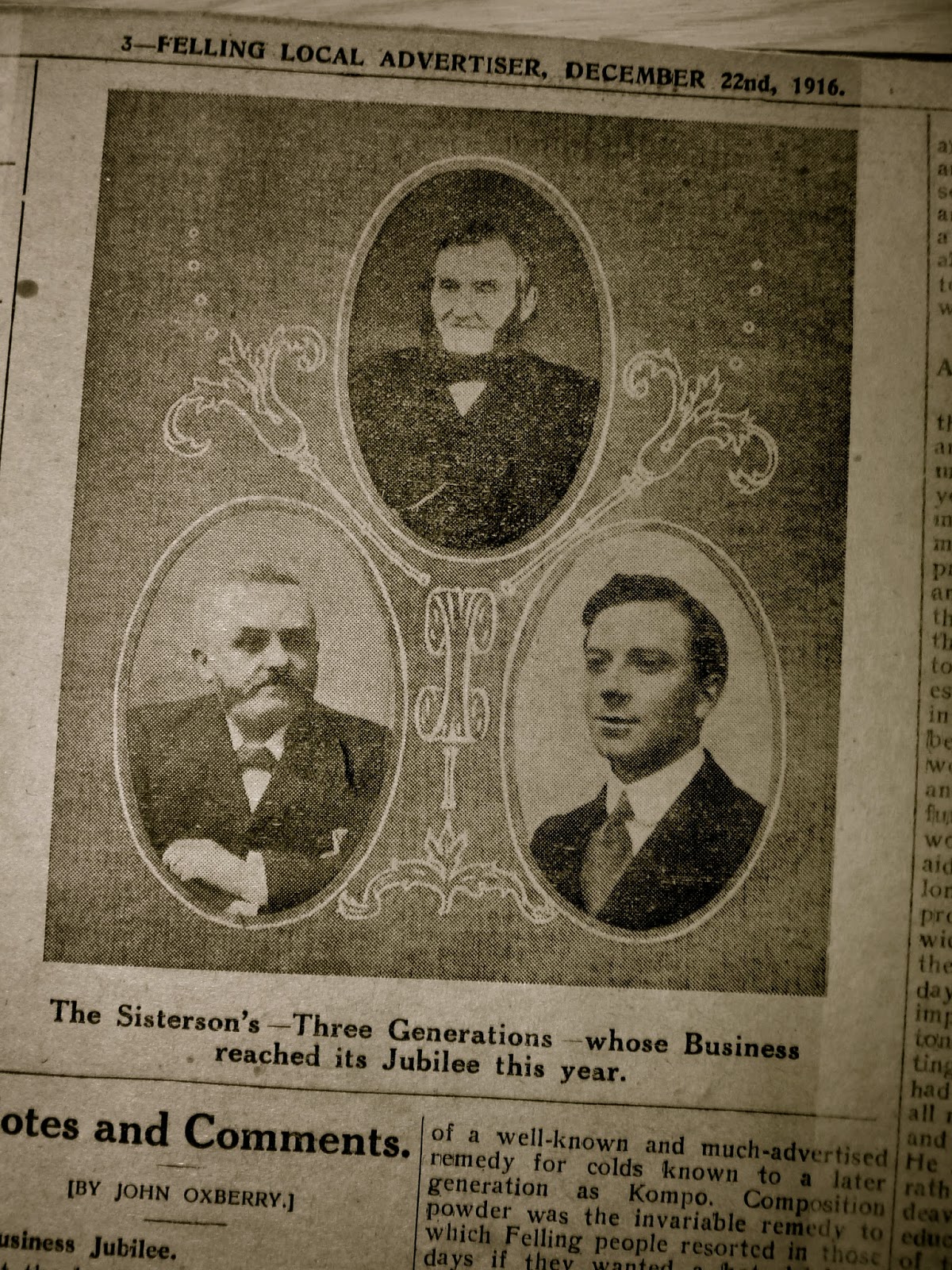 Here's local historian John Oxberry's memory of the shop run by Thomas, the first generation Sisterson who started in 1868 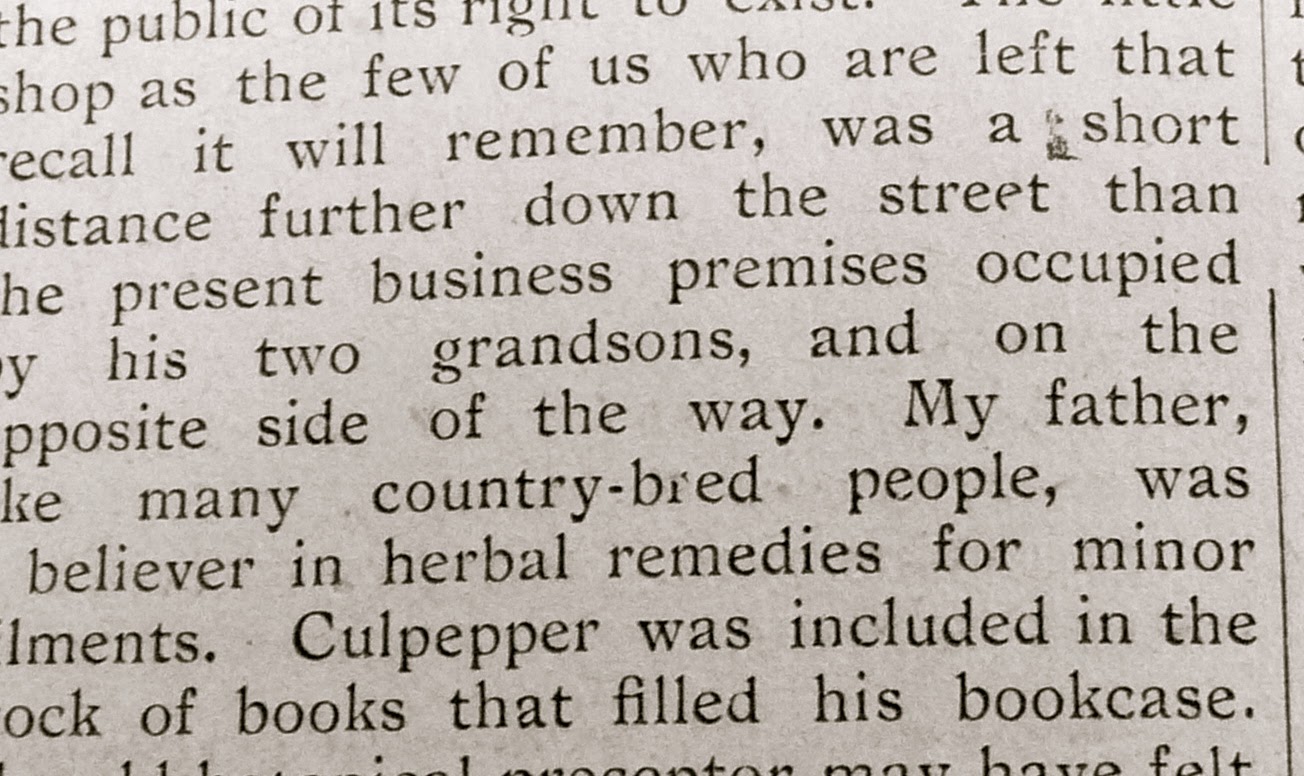 It was "a short distance down the street than the present business premises occupied by his two grandsons, (Thomas and Stewart Sisterson) and on the opposite side of the way". Per Peter Haywood in his book "Around Felling High Street" it was No 83.
Peter says Thomas "came to Felling about 1840 to work in the chemical works". He dabbled in herbalism in his spare time but took it up professionally when he was made redundant in 1866. In 1868 he moved across the street to No. 92 where he ran his business until his death in 1872.
Let's now look at the second generation Sisterson, Robert 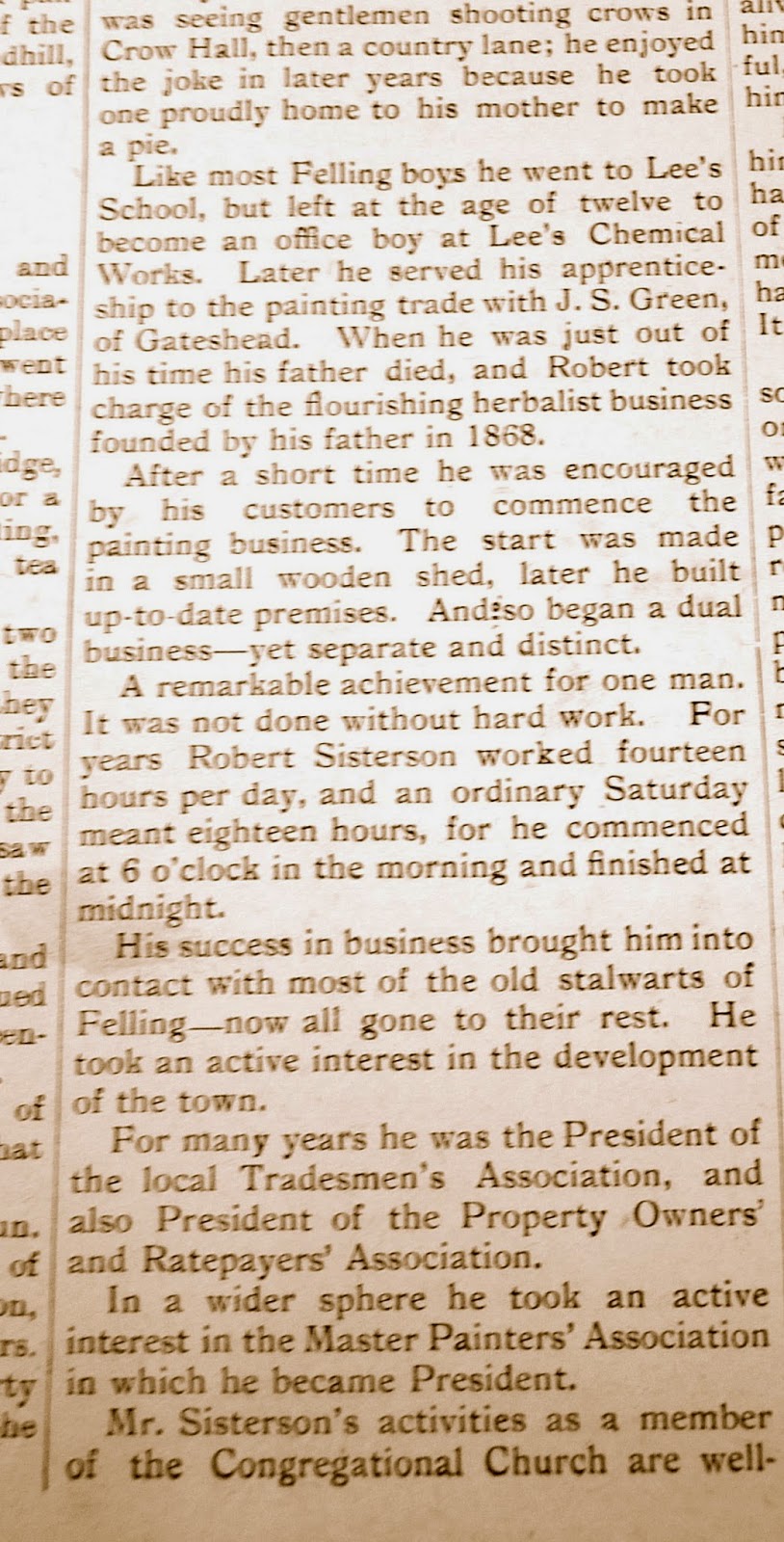 He went to Lee's school and then at 12 years old he joined Lee's Chemical works. He then went into the painting trade, apprenticed to J. S. Green of Gateshead. Shortly after serving his time, he was 22,  his father died. He now had his father's herbalist business but started another selling paint and wallpaper. 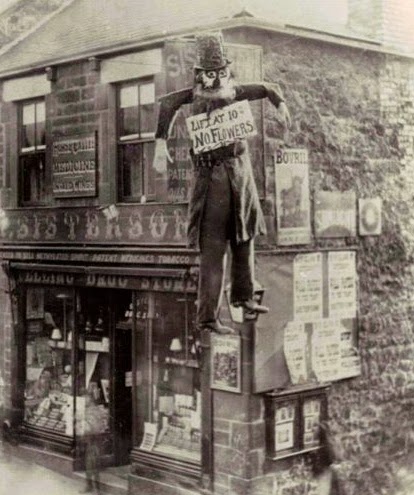 Let's digress for a moment while we digest this photo of about 1900. We can see the sign above the window reading
FELLING DRUG STORE
and above that among items sold tobacco..so, yes, definitely a drug store
This sign reads 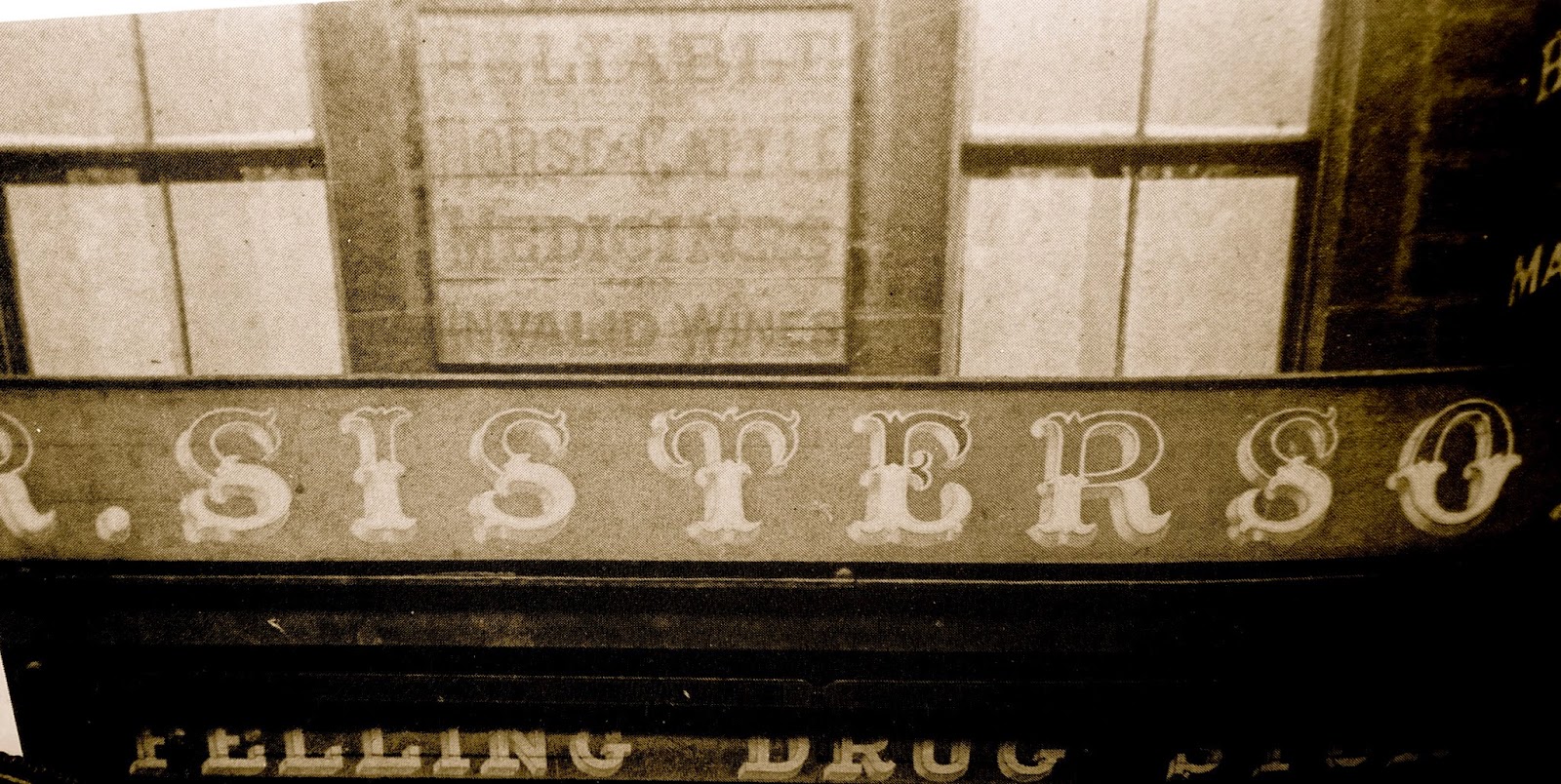 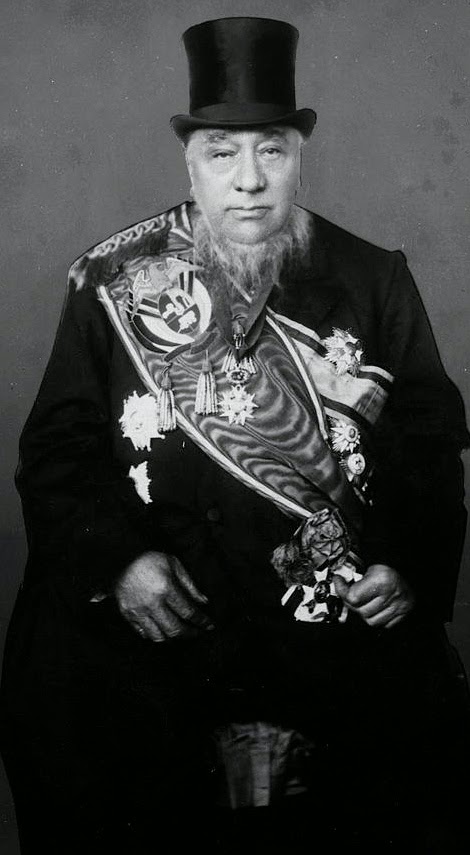 Effigy of Paul Kruger ain't a bad likeness, if not a bit flattering in terms of his physique. More stuffing was called for.
Back to main story
It a little surprising that one man would run two diametrically opposed businesses, but he was a paint man by trade and he was also carrying on his Dad's drug business
Subsequently he retired and his two sons came into the two businesses. 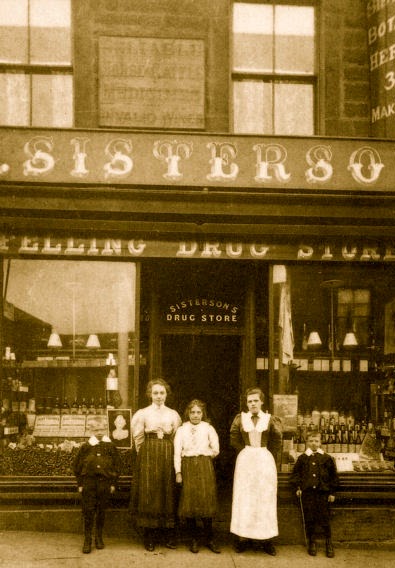 Two young lads in this pic are Stuart and Thomas, now grown up  and running the two shops. The three ladies are the two daughters and an employed shop assistant
Robert Sisterson was the most photographed man in The Felling
Robert died in 1932 at the age of 82 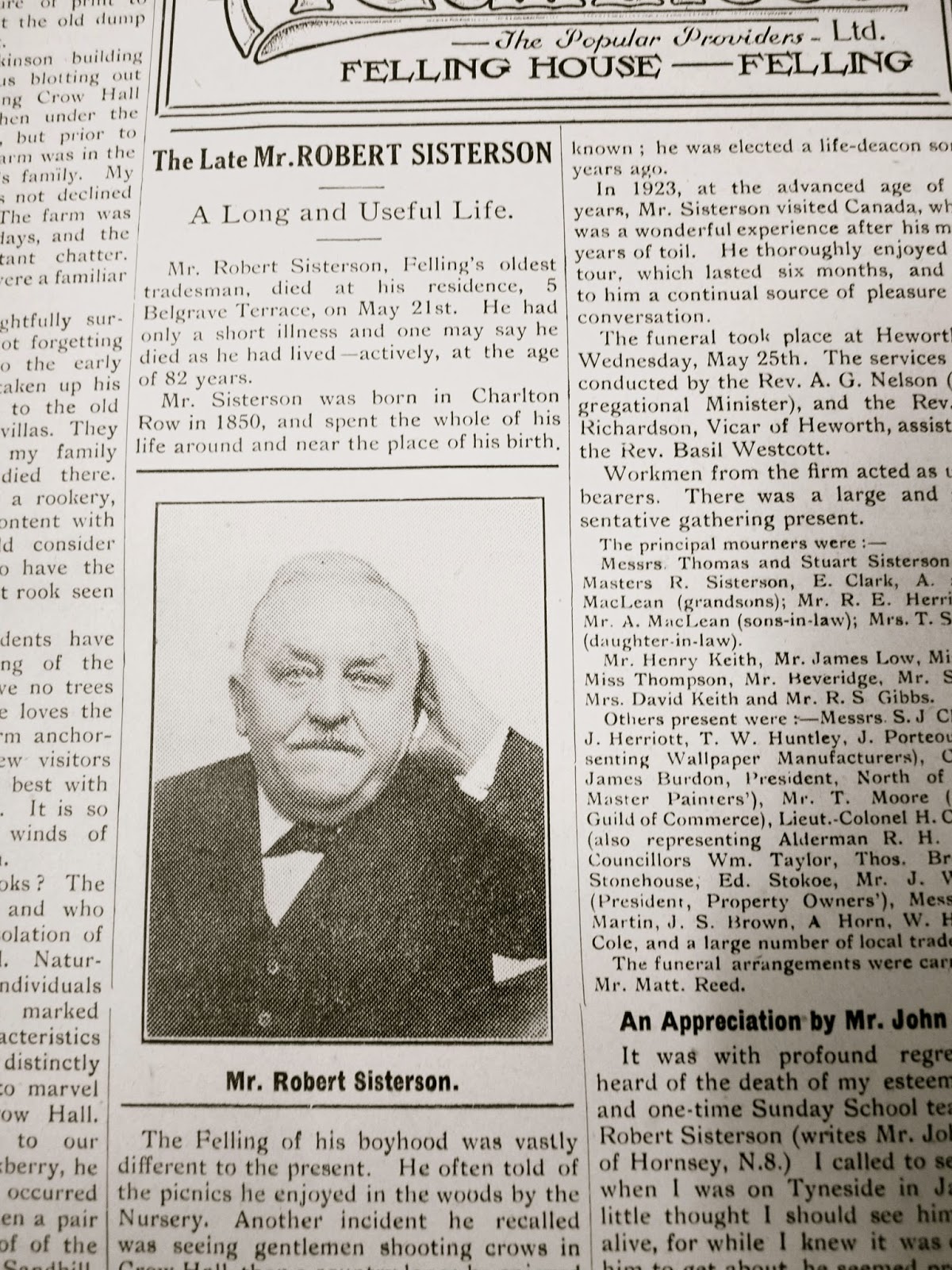 We are now in 1939 and son Thomas, being a qualified dispensing chemist, has moved the business on from the pills and potions and fags/wine dispensed by a non qualified herbalist like his grandad and dad 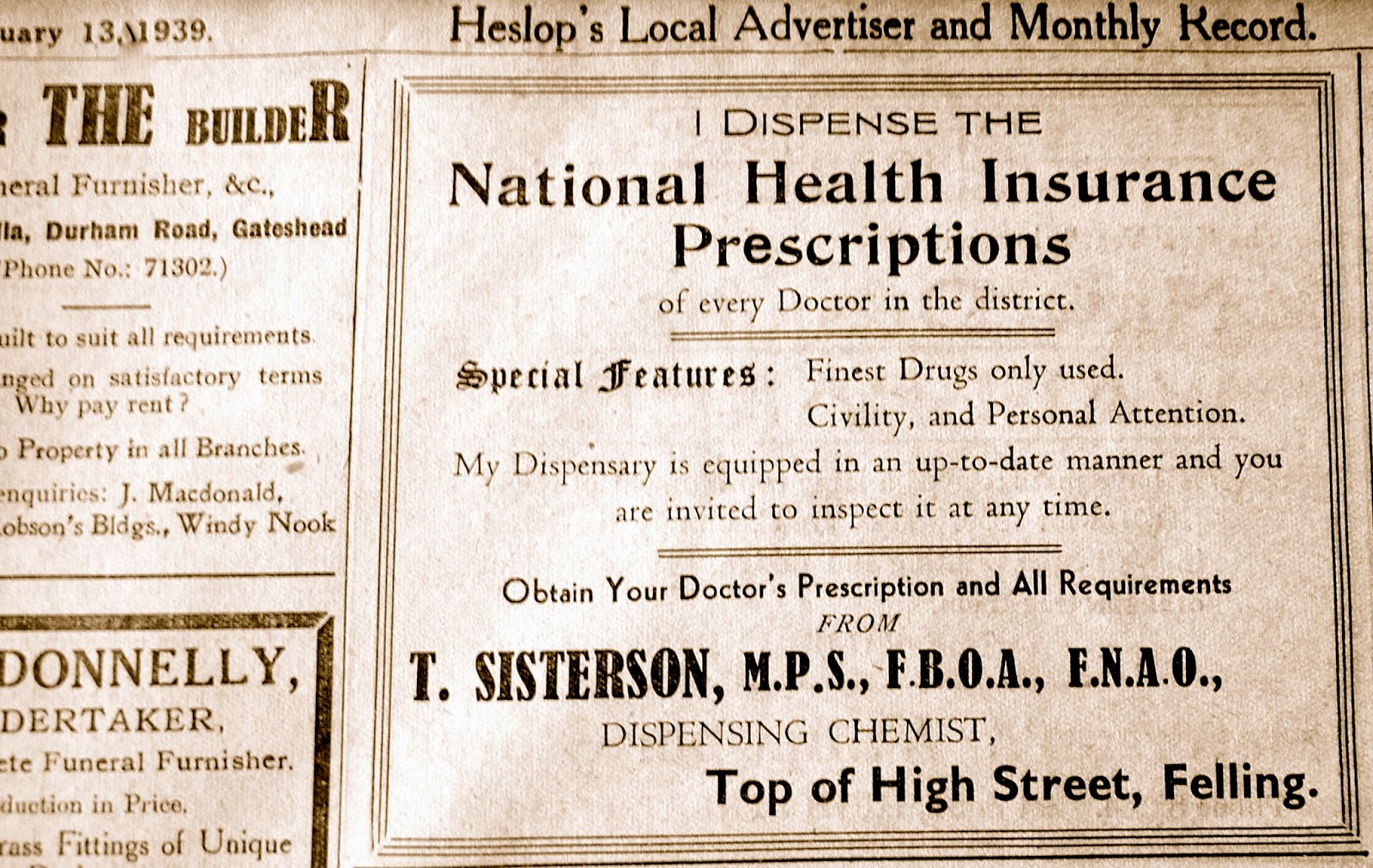 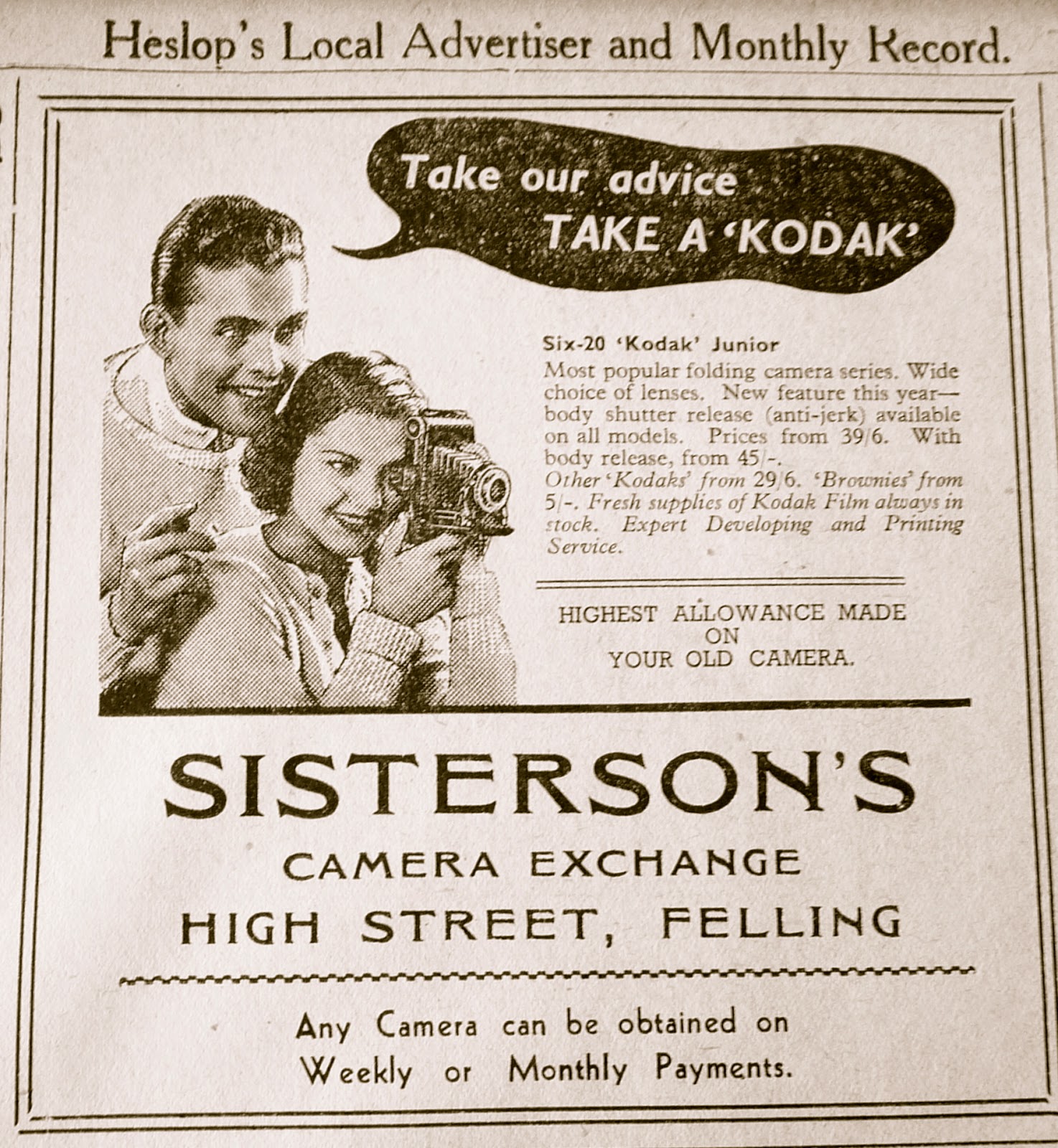 He has also branched out into cameras 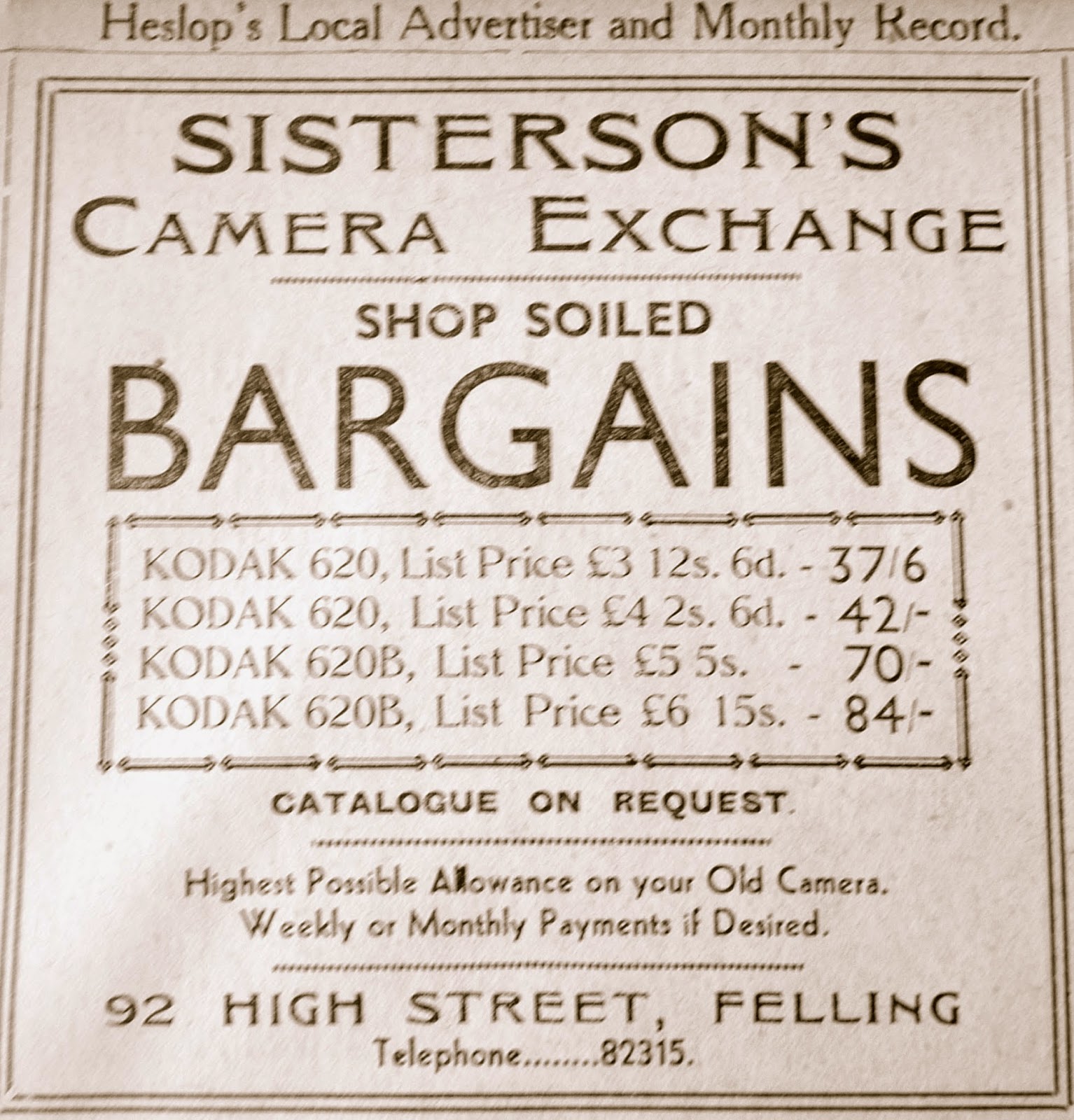 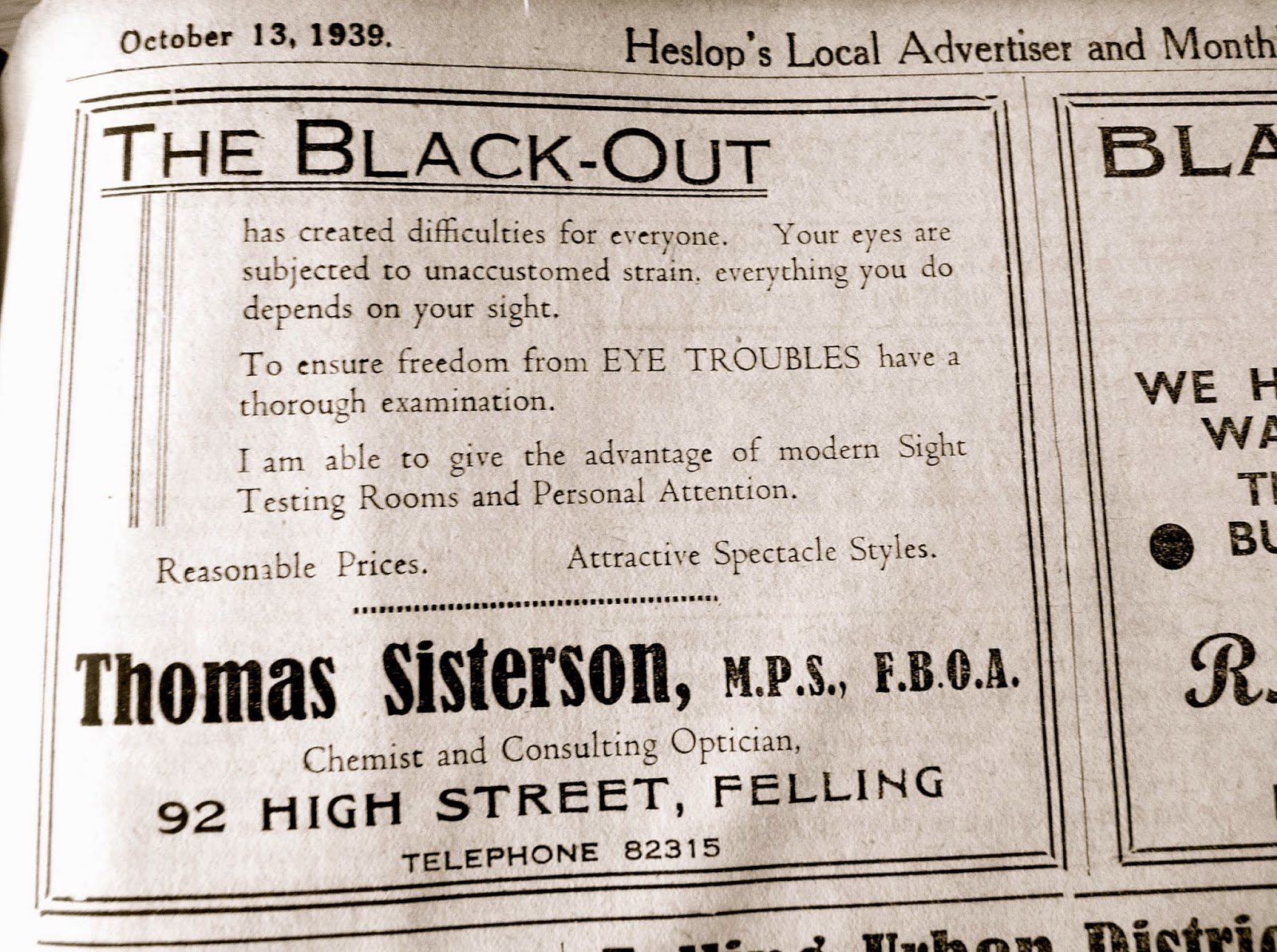 Thomas is also a Consulting Optician 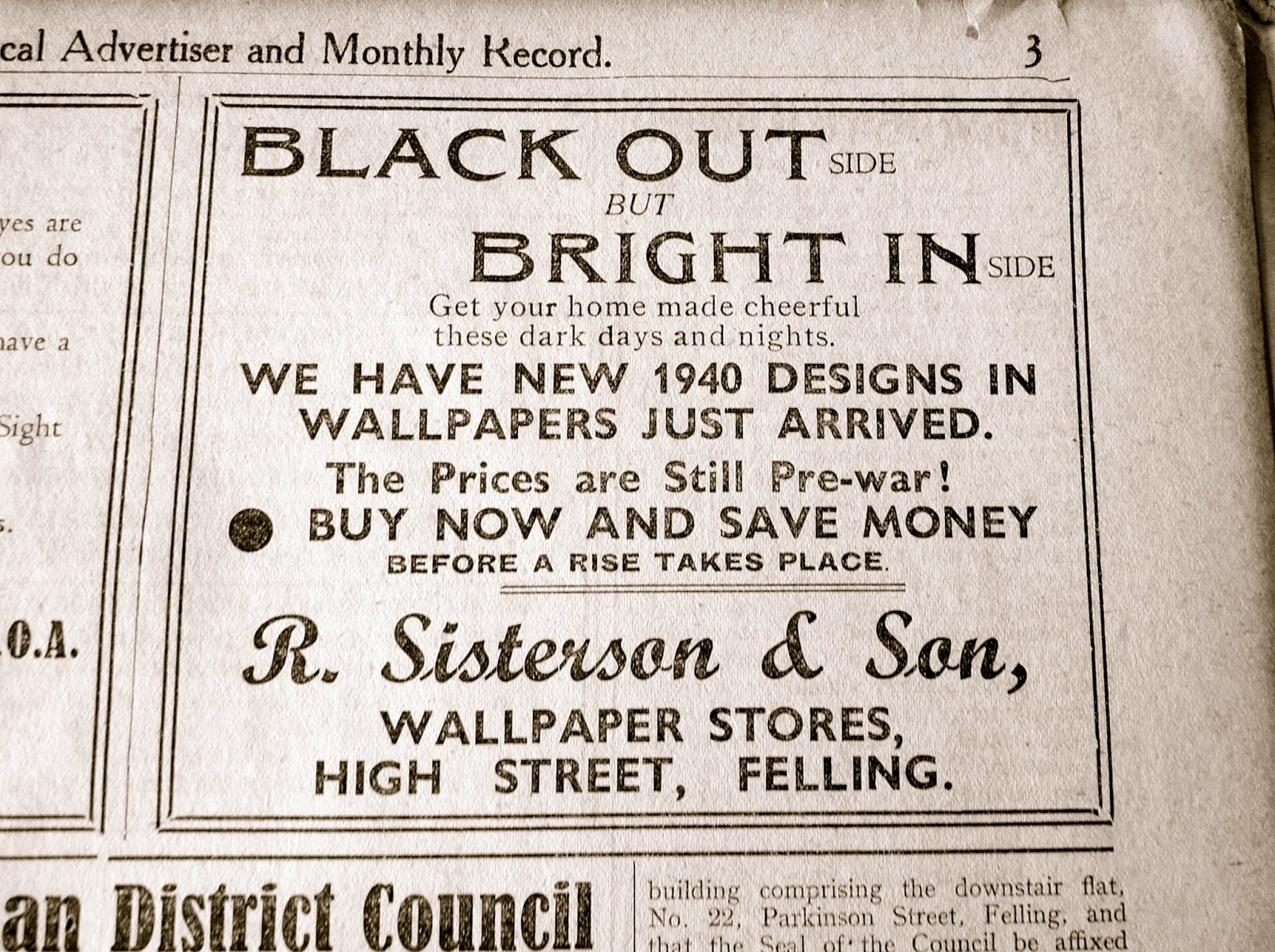 But look, we're still in 1939 and he now bills the shop as Sisterson's 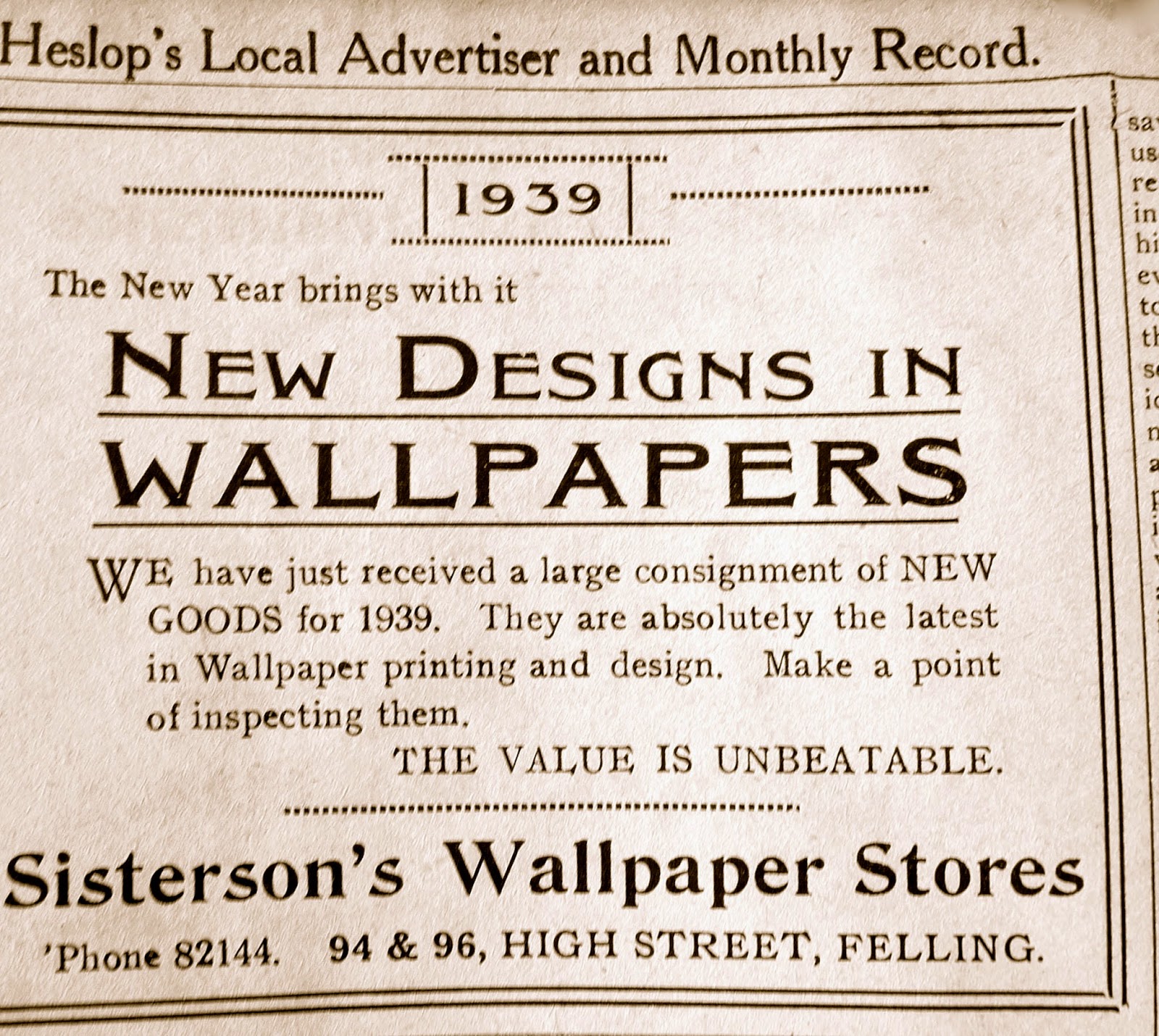 And...he's expanded and now also has the next shop up at 96 High Street