Derivation of Felling as Place Name

Chas C Taylor or Charles C Taylor locally famous for his books
Historical and Descriptive Notes on the Parish Church of St. Mary, Heworth and Historical and descriptive notes on the ancient boundaries of the parish of Heworth
wrote this article in Heslop's Advertiser back in the 1930s 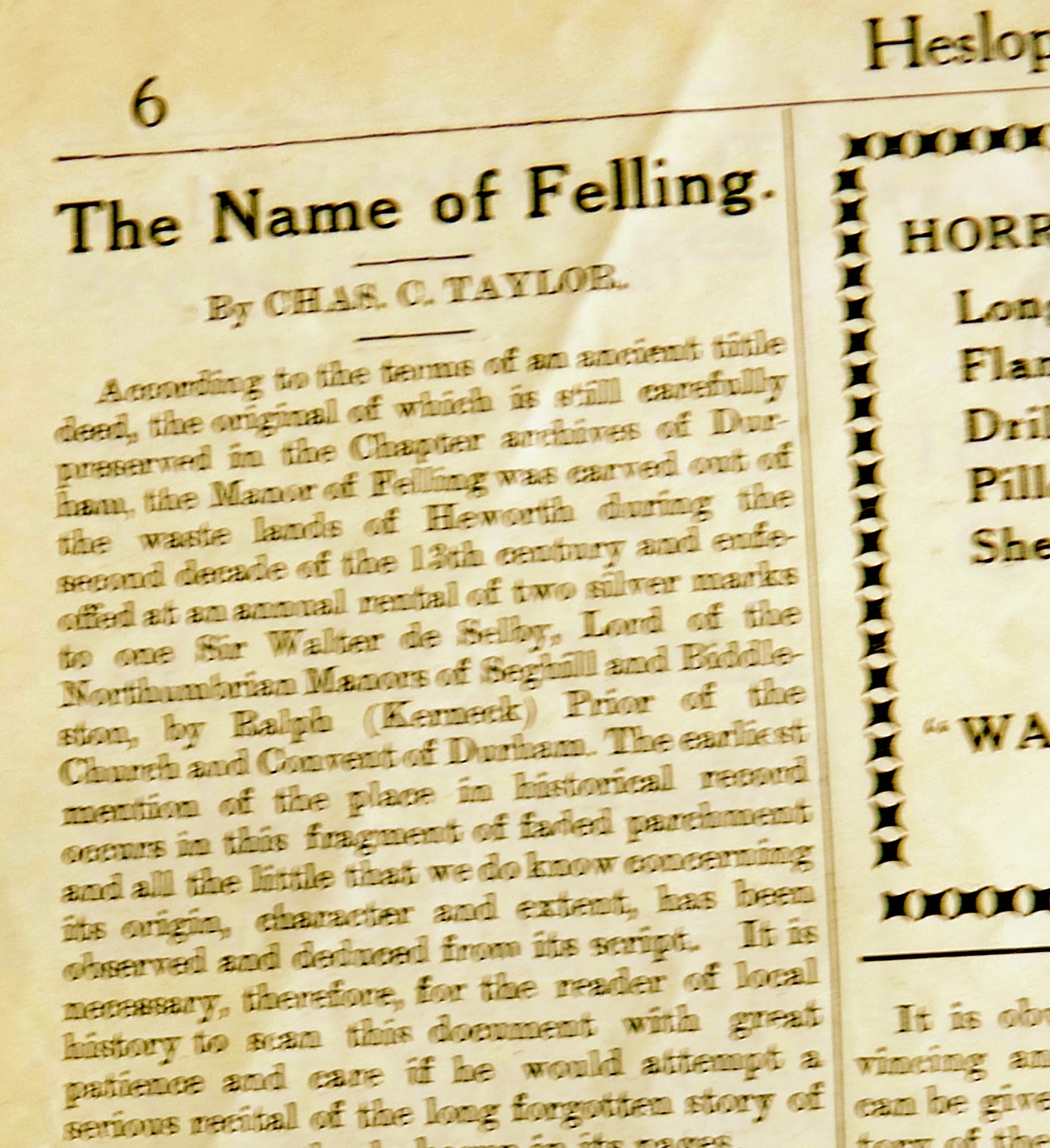 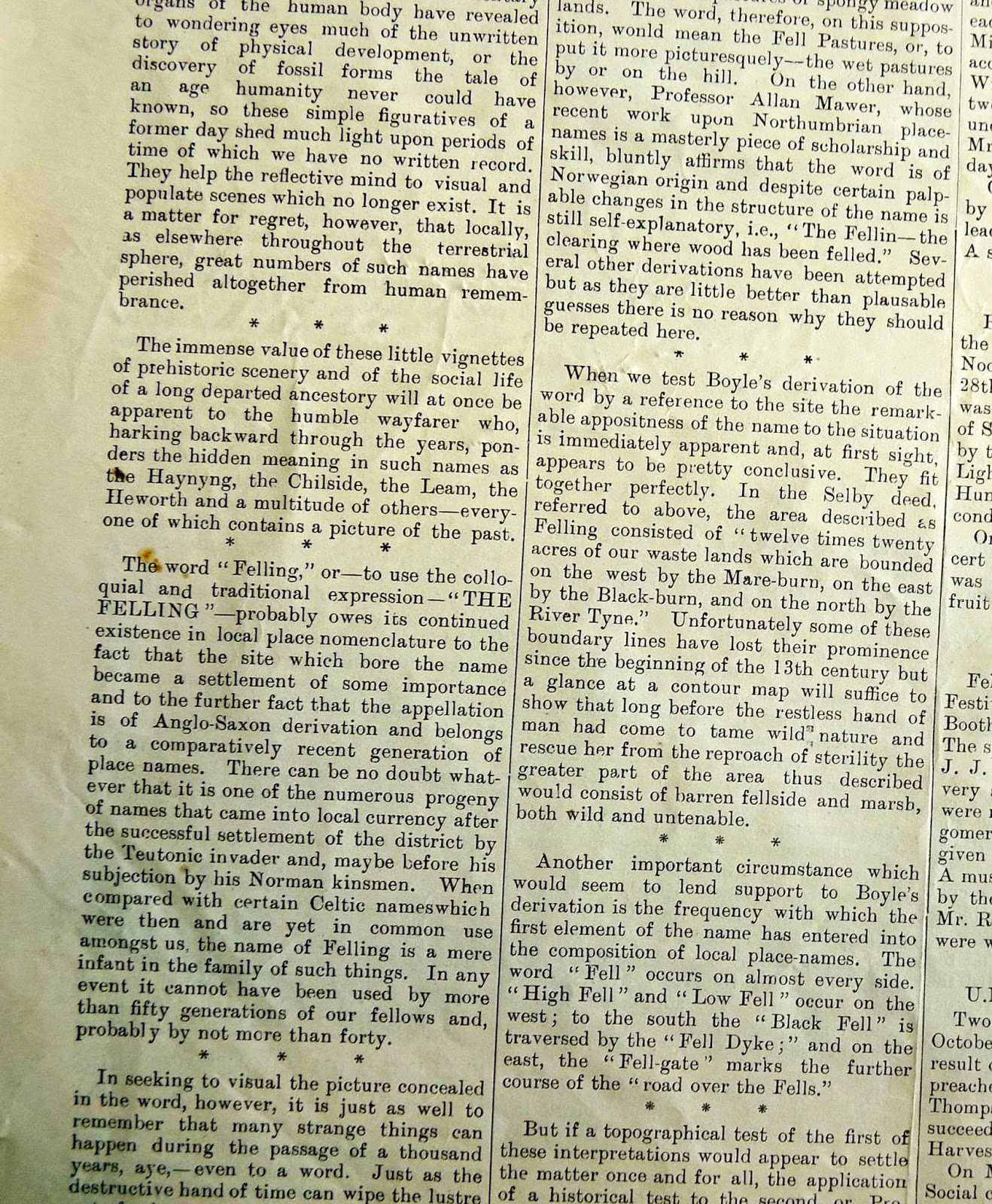 Prior to seeing this I thought I was a lone voice in disputing what Prof Mawer and then Joan Hewitt and others have said..that the derivation of The Felling as a place name derives from the felling of trees. 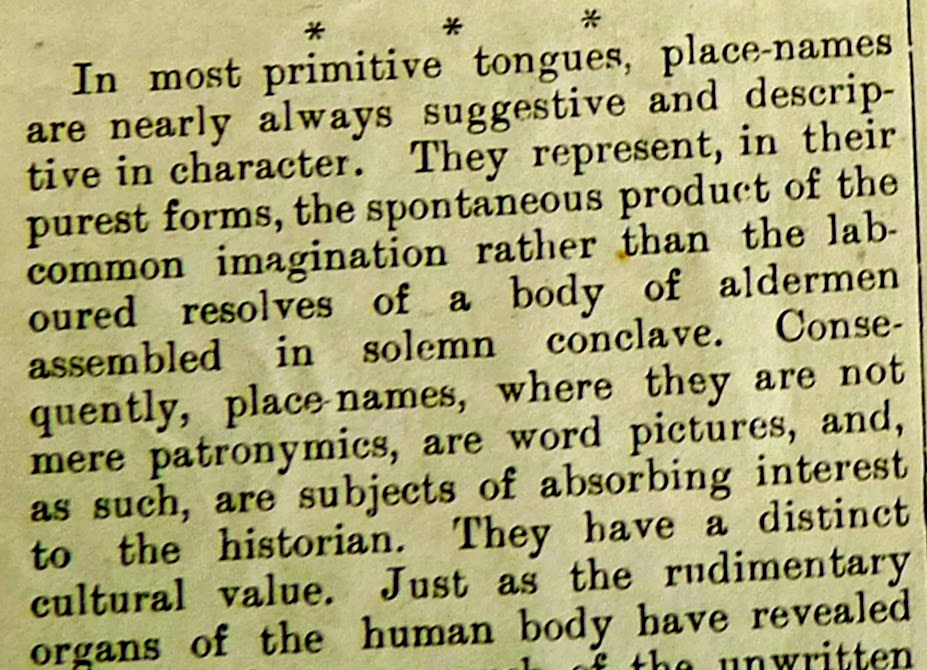 Here, Chas makes the point that place names describe the look of the area. Ordinary folk just say what they see..and walk. Try, as they did back when, walking up from, say Heworth shore, up to St Mary's church, up to High Heworth, up to Windy Nook then from Sheriff Hill, down to Low Fell, then down to the Team Valley.
Chas, as I do, reckons the name reflects this great huge lump of fell land, rising up 500 feet to the Q.E. then  500 feet down to the Team. The rise up is called Low Felling and High Felling and the fall down is called High Fell then Low Fell. Chas throws in "Black Fell", as well. Nothing more to be said. Q.E.D.

Go here to see the first time I made this point, in greater depth.

Here's what else Chas C Taylor is famous for, but only among Felling geeks and postmen.  T'was he who named all the streets on the Bog House Estate and the Leam Lane Estate. He worked for the Felling Council and he got the job